IT IS TIME the CHURCH , the BODY OF CHRIST …AWAKES FROM ITS SLUMBER….you have been asleep far too long…WAKE!!!

….Even the Romanists themselves shame you in their clear-sighted comprehension of the issues of this question. Cardinal Manning says: “The Catholic Church is either the masterpiece of Satan or the Kingdom of the Son of God.”

In both these statements the issue is clear, and it is the same. Rome herself admits, openly admits, that if she is not the very kingdom of Christ, she is that of antichrist.

Rome declares she is one or the other. She herself propounds and urges this solemn alternative.

You shrink from it, do you? I accept it.

Conscience constrains me. History compels me. The past, the awful past rises before me.

I hear the lying absolutions, the dying groans; I hear the cries of the victims; I hear the anathemas, the curses, the thunders of the interdicts;

I see the racks, the dungeons, the stakes; I see that inhuman Inquisition, those fires of Smithfield, those butcheries of St. Bartholomew, that Spanish Armada, those unspeakable massacres. 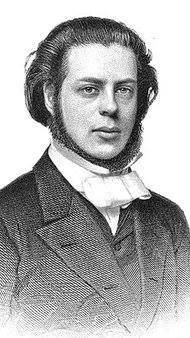