This 70th week of Daniel Bible study focuses on when Christ was anointed.

The reason this is so important is that many Pastors teach that Christ appeared after the 69th week of the 70 weeks of Daniel prophecy, that He was anointed when He entered Jerusalem on a donkey, and then He was crucified.

By doing this, they explain that the 70th week of Daniel was not fulfilled.

This study will prove that Jesus was anointed when His ministry began, then He ministered for 3 1/2 years before being crucified.

This confirms that the first 3 1/2 years of the 70th week of Daniel have already been fulfilled, which invalidates the concept that it occurs in the end times.

Let’s start with Christ’s baptism, where the Holy Spirit descended on Him.

“When all the people were baptized, it came to pass that Jesus also was baptized; and while He prayed, the heaven was opened. And the Holy Spirit descended in bodily form like a dove upon Him, and a voice came from heaven which said, “You are My beloved Son; in You I am well pleased.” Luke 3:21-22

Luke 4:16-18 then confirms that when Christ was baptized and the Spirit descended on Him, He was anointed.

“So He (Jesus) came to Nazareth, where He had been brought up. And as His custom was, He went into the synagogue on the Sabbath day, and stood up to read. And He was handed the book of the prophet Isaiah. And when He had opened the book, He found the place where it was written:“

“The Spirit of the LORD is upon Me, because He has anointed Me to preach the gospel to the poor; He has sent Me to heal the brokenhearted, to proclaim liberty to the captives and recovery of sight to the blind, to set at liberty those who are oppressed; to proclaim the acceptable year of the LORD.”

Christ confirmed that He had already been anointed when He declared “Today this Scripture is fulfilled in your hearing.” Luke 4:21

Acts 10:38 also confirmed that Christ was anointed by God at the beginning of His ministry, “How God anointed Jesus of Nazareth with the Holy Spirit and with power, who went about doing good and healing all who were oppressed by the devil, for God was with Him.”

This proves that Christ was anointed when He was baptized, not 3 1/2 years later when He was entering Jerusalem just before He was crucified.

Friend, can you now see that Christ fulfilled the first half of the 70th week of Daniel when He preached the New Covenant to the House of Israel for 3 1/2 years?

So now let’s look at how the last half was fulfilled.

After Christ rose again, He instructed the Apostles to only preach to the Jews.

This fulfilled His promise to the Jews, that He would offer them Salvation, through a New Covenant which would cover their sins and iniquities.

The Apostles were from the House of Israel.  The Church of Christ is built on the foundation of the Apostles.

And through the Apostles, the Everlasting Covenant is building a spiritual temple, the Temple of God, that fulfills all of God’s promises to the Israelites.

The Israelites were unable to receive all of God’s promises made to Abraham, because no man can earn them through the Law.  The only way for the Jews to receive the promises are to accept Jesus as their Messiah.

The Apostles preached the New Covenant to the Jews for 3 1/2 years, until the Jewish leaders stoned Stephen to death, which marked their final rejection of Christ as their Messiah, and it ended the 70th week of Daniel.

Then the message of the New Covenant was given to the Gentile Nations.

The text in Daniel 9:27 does not say that the Covenant is only for 7 years, “Then he shall confirm a covenant with many for one week.”

It is the Everlasting Covenant, which Christ and His Apostles preached for 7 years to the House of Israel and the House of Judah, before it was given to the Gentile nations.

For 1,700 years the Church of Christ understood that the 70th week of Daniel was fulfilled, and there was no teaching about a future fulfillment.

So how did this false concept of an end-times 70th week of Daniel come to exist?

The Protestant Reformers testified that the Roman Catholic Church is the Sea Beast of Revelation 13, the Little Horn of Daniel 7, of the Pope, the Son of Perdition of 2 Thessalonians 2.

To deflect blame away from the Papal Church, in 1545 A.D. the Jesuits, who are the military arm of the Papacy, created an commentary that featured an end-times antichrist in a 7-year tribulation period.

This was designed to deflect blame away from the Catholic Church, because if the antichrist is one-man that appears in an end-times 7-year tribulation period, then it can’t be the Papal Church.

This concept was rejected by the Protestants for hundreds of years, as they knew better.

But slowly, the Jesuits found Pastors who they caused to teach these concepts, and it has spread like leaven into Seminaries, Protestant Churches, and to Christians, so that it is accepted by the majority.

To see how the leaven of their deception spread, click on How The Leaven Of The 70th Week Of Daniel Deception Spread

Here’s more Bible studies that prove that Christ and His disciples fulfilled the 70th week of Daniel:

The Covenant In The 70th Week Of Daniel Is Jesus New Covenant, not an antichrist peace agreement with Israel

The 70th Week Of Daniel Prince was Jesus sending the Roman army to desolate Jerusalem and the Jews in 70 A.D., and is NOT an End Times Antichrist

Here’s a graphic to use on Facebook and other social media sites, to help people see the truth about the 70th week of Daniel.

THE ENEMY HAS CREATED A GRAND DECEPTION! The Bible describes a geocentric universe with the globe earth at the center! The enemy is using the lie of heliocentrism to push their evolution doctrine, to deceive people and to steal glory from the Creator. Every believer needs to read this Bible study book. 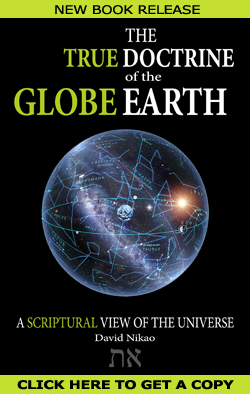 come out of babylon!

Most Christians are following teachings that came from Rome, not Scripture. Messiah commanded us to
Come Out Of Babylon!

Revelation Timeline Decoded explains the fulfillment of the seals, trumpets and bowls; the beasts, and the Harlot, Babylon the Great, of Revelation.

The proper context of the Olivet Discourse was the desolation of the temple, city and Jews; in 70 A.D.; not the end times.

the 70th week of daniel

The deceiver has caused Christians to believe in an end-times 70th Week Of Daniel, in order to deflect blame away from his true antichrist.

The Falling Away of 2 Thessalonians 2 happened in the 4th century, and it affects every Christian.

The Names Of The Father And The Son

Antichrist In The Temple Deception

The deceiver has misled Christians about Islam In Bible Prophecy

The deceiver has infiltrated the church to corrupt the Greek Bible
and many modern Bibles.

The deceiver has caused Christians to not understand who the antichrist is.

A 3rd Jerusalem Temple Is Not Biblical

Witnesses Against The Papal Antichrist

Identifying Marks Of The Antichrist

Islam Cannot Be The Antichrist

Killing The Two Witnesses Of Revelation 11

Pope's Proclaim That Salvation Is Only Through The Roman Catholic Church

Mark of the Beast and the Mark of God - new!

What Is The Antichrist?

The deceiver controls the Zionist Jews and the state of Israel.

God's Chosen People, The Jews, Incurred His Wrath And Judgment

Regathering Of The Jews Deception

The Star Of David Deception

Torah Jews Believe That The State Of Israel Is Illegitimate

Christians Should Not Support Israel

The Followers Of Christ Are God’s Chosen People

The deceiver has caused Christians to not understand prophecy fulfillment.

No One Knows The Day And Hour Of Jesus Return

The deceiver has caused Christians to believe in a pre-tribulation rapture.

The Two Peters – One An Apostle And One The First Pope

If you don't unite with the Roman Catholic Church, you are now called a Spiritual Racist.

Click here for a 2-page summary of how the Bible speaks about the
Roman Catholic Church and the Pope.

Print the 2 pages on both sides of a piece of paper, to share with others.
"For the time will come when they will not endure sound doctrine, but according to their own desires, because they have itching ears, they will heap up for themselves teachers; and they will turn their ears away from the truth, and be turned aside to fables." 2 Timothy 4:3-4

do you know the truth?

The main thing that stands in the way of people learning the truth… is that they think they already know it.

1 Thessalonians 5:19-21 warns us,
"Do not quench the Spirit. Do not despise prophecies. Test all things; hold fast what is good."

The primary hindrance to the Holy Spirit revealing fresh light and truth to you,
is the strong reluctance of the human mind to examine opinions which have been learned from men.